(Travis’s Note: I posted this article originally on May 22nd, 2015, however, the letter authored in the article was submitted on December 6th, 2007).

This is a flashback to a editorial, which I found this morning going through some research and then I scanned, I submitted to the Wall Street Journal on December 6, 2007. It was written in response to an editorial by Angelo R Mozilo, titled “Calling Fannie and Freddie”, which was published in the WSJ on December, 5, 2007, in which the former CEO of Countrywide implored Congress to temporarily raise the limits it imposed on Fannie Mae, Freddie Mac, and FHA mortgages by 50% in order to stabilize the mortgage markets. Here is my response: 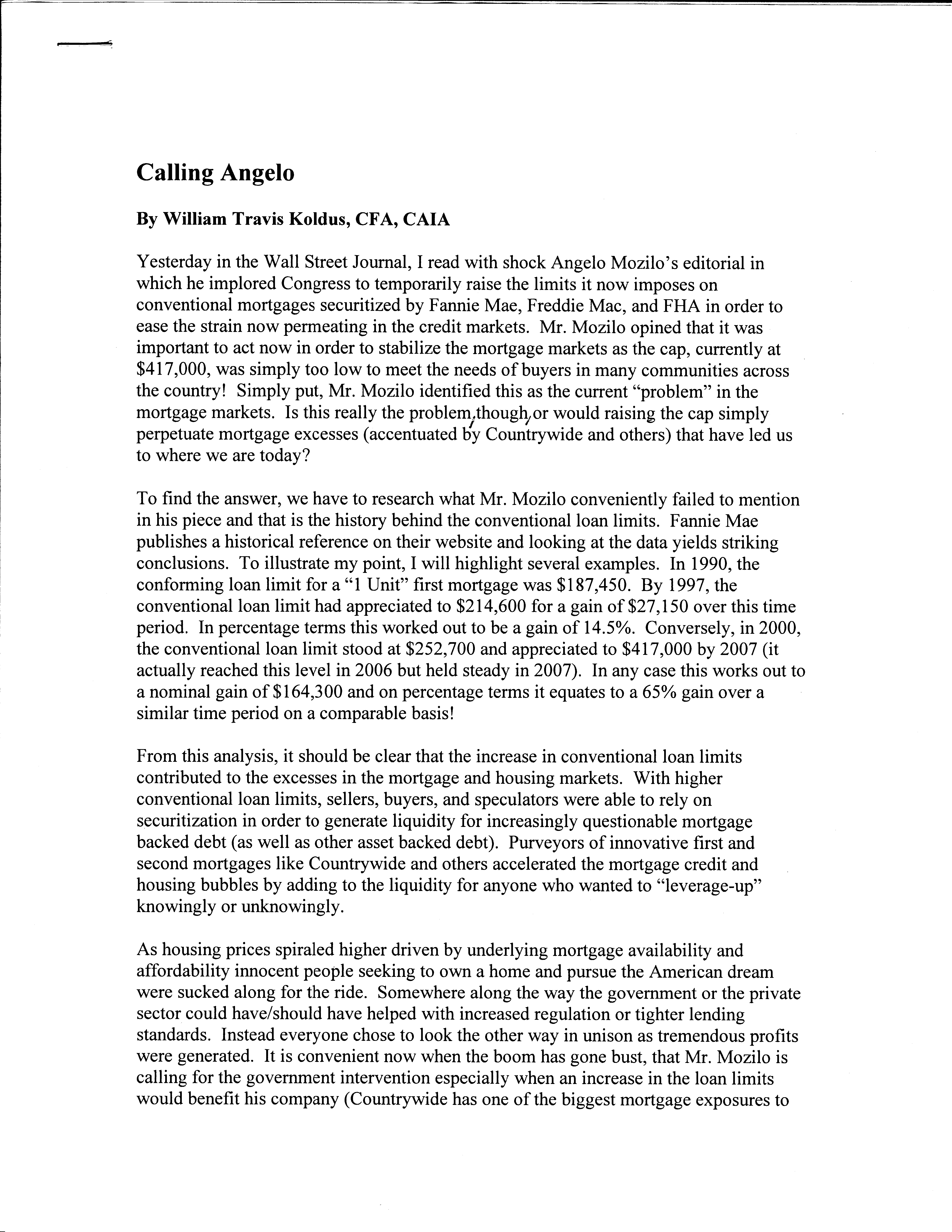 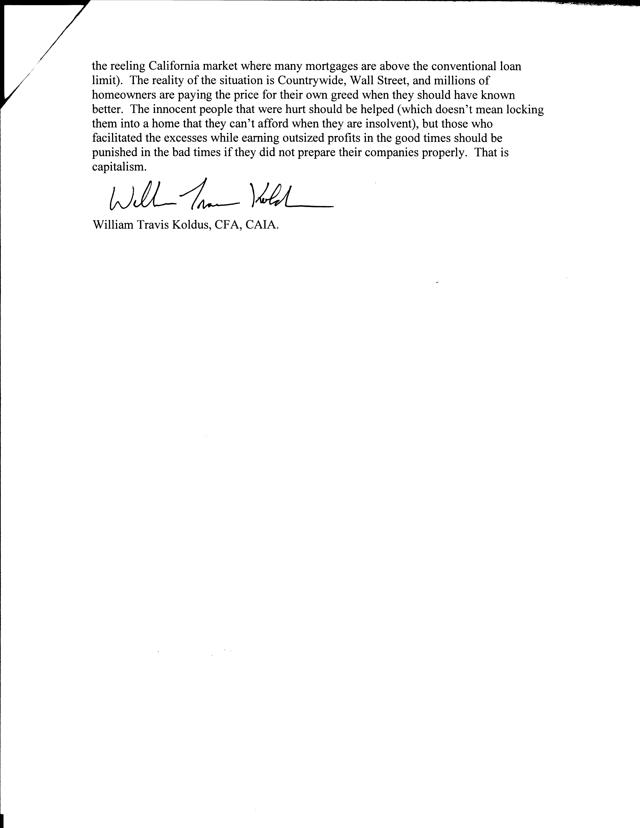