This weekend, I was putting together performance data (more to come on this front shortly), and the continued out-performance of growth equities was noticeable enough that I decided to pen an article for members about it.

Going back a decade, growth stocks have trounced value stocks in the United States, and the longer-term out-performance of growth stocks over their value counterparts is eye-opening.

Thus, I wanted to highlight the performance differential, to explore what it means, and contemplate how it will be resolved.

Compared to a historically low equity volatility year in 2017 (really almost all financial assets had low volatility in 2017), volatility has certainly picked up in 2018.  However, that has not impacted the out-performance of growth equities, yet.

There is no question that growth stocks continue to lead their value counterparts in 2018.

Growth Is Outperforming The Past Decade

On this note, one of my biggest mistakes in what was a wonderful 2008-2010 time period for me personally investment wise, was not identifying what was rare, which was growth, in a low growth world.

Elaborating further, I had invested substantially in the first video streaming company that I am aware of, which was Intraware, in 1999, so I saw the potential for a stock like NFLX, yet while NFLX was playing out in front of my eyes, my value bias prevented me from investing in what was a phenomenal growth opportunity.

If you are a market historian, you know that the best long-term asset class, in terms of performance, is small-cap value.  The Ibbotson data, which is now part of Morningstar, illustrates this clearly.

Thus, small-cap value stocks (incidentally many of our favored U.S. commodity equities, which are illustrated on the Top-Ten List, are now classified as small-cap value equities) are due for a period of out-performance, which would be in sync with the long-term Ibbotson data.

Somewhat surprisingly, given the perception of today’s stock market leadership, U.S. small-capitalization equities have out-performed their large-cap counterparts year-to-date in 2018 as shown above.

This raises some interesting questions, which I am brainstorming out loud as follows:

For someone who has believed that the current U.S. equity market is historically overvalued, specifically even more overvalued than 1999 or early 2000, I am trying to think outside-the-box to see how the current high valuation investing could be resolved.

Look For A 2000 Repeat Of Value Over Growth

This past week, I officially turned 41, and looking back to 2000, when the Russell 1000 Growth and Value ETF’s were just formed, I am officially feeling older.

Thus, in one year, a significant portion of the growth minus value performance gap, that had built up over the prior decade, from 1990 to 1999 was erased.

Building on this narrative even further, the 2000-2002 bear market in U.S. equities, which saw the S&P 500 Index (SPY) decline by roughly 50% from peak to trough, occurred alongside a very mild recession.

Could something similar happen today?

Going even further, could we see the S&P 500 Index, and more specifically the historically outperforming growth equities, decline substantially outside a recession, or even if economic growth picks up?

Growth stocks have dominated value equities over the past decade.

This has emboldened growth investors, and taken the spirit out of value investors.

The comparisons between today’s market environment, and the one that existed in the late 1990’s is apt, and this is coming from someone who was an active, contrarian value investor in both time periods.

Both growth and value investors should be on the lookout for a reversion-to-the-mean in performance.

When this inevitably happens, I think the performance-gap between growth and value investments will be bigger, in-favor of value, than it was from 2000-2002. 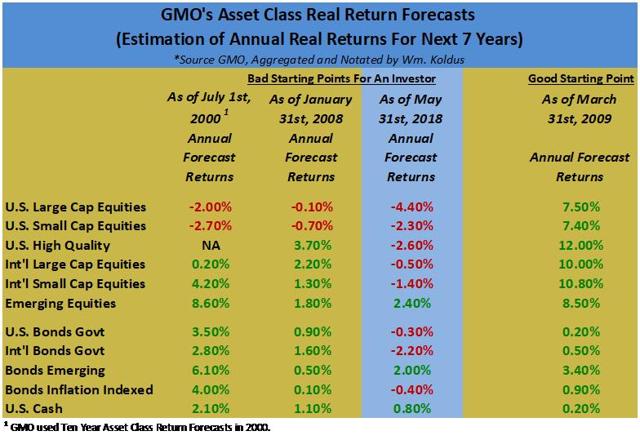 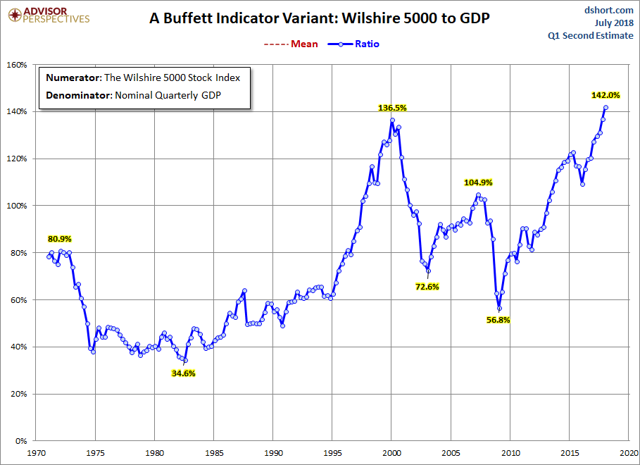